Both Bruzaholms Bruk and Cellwood Machinery are strongly export-oriented while still focusing on the important Swedish market. There are a total of 120 employees and joint sales total approximately SEK 350 M.

The Cellwood Group’s companies endeavour to preserve long-term customer relations. The goal is to always be a cooperative partner and problem-solver in addition to a supplier. 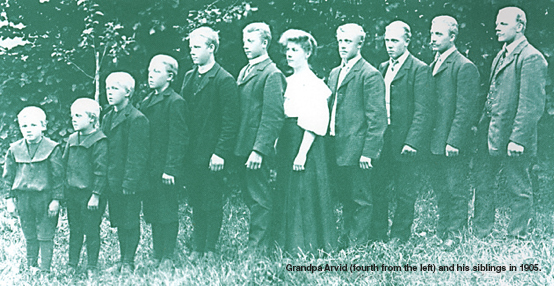 Our legacy and history

The Cellwood Group’s history goes back to 1937, when Arvid Stenberg purchased A K Eriksson in Mariannelund. Since then, more companies have been acquired, some of which were also sold (including A K Eriksson).

Arvid Stenberg was born in 1895 in Lindås, outside Emmaboda in Småland. Several of Arvid’s ten siblings, as well as Arvid himself, began to launch and operate companies, just like their father, Petter Stenberg, had done.